What is World Book Day?

World Book Day is a day to celebrate books and reading. The day tries to get as many people to read books as possible! It usually happens on a Thursday, which is on the 4th March this year.

So why World Book Month?

We didn't want to limit the love of books to just one day - so we've made three book trailers, which will be released throughout March (nearly) every Thursday.

How can I be the first to find out when these trailers are released?

To be the first to know about when these new trailers are released, subscribe to our YouTube channel. You can either do that by clicking the "Subscribe" button below, or by clicking here. We'll also post the latest trailers here so you can watch them whenever you want!

Anything else I need to know?

Watch this video for everything you need to know about the upcoming trailers:

It has been a while since a Mr Red Blob video has had a scene in it where there is a white backdrop. The old method that I used for this was to stick an A4 piece of paper onto a small box. But for this video, so the hole Alice would fall down is visible, I stuck it onto a wall. 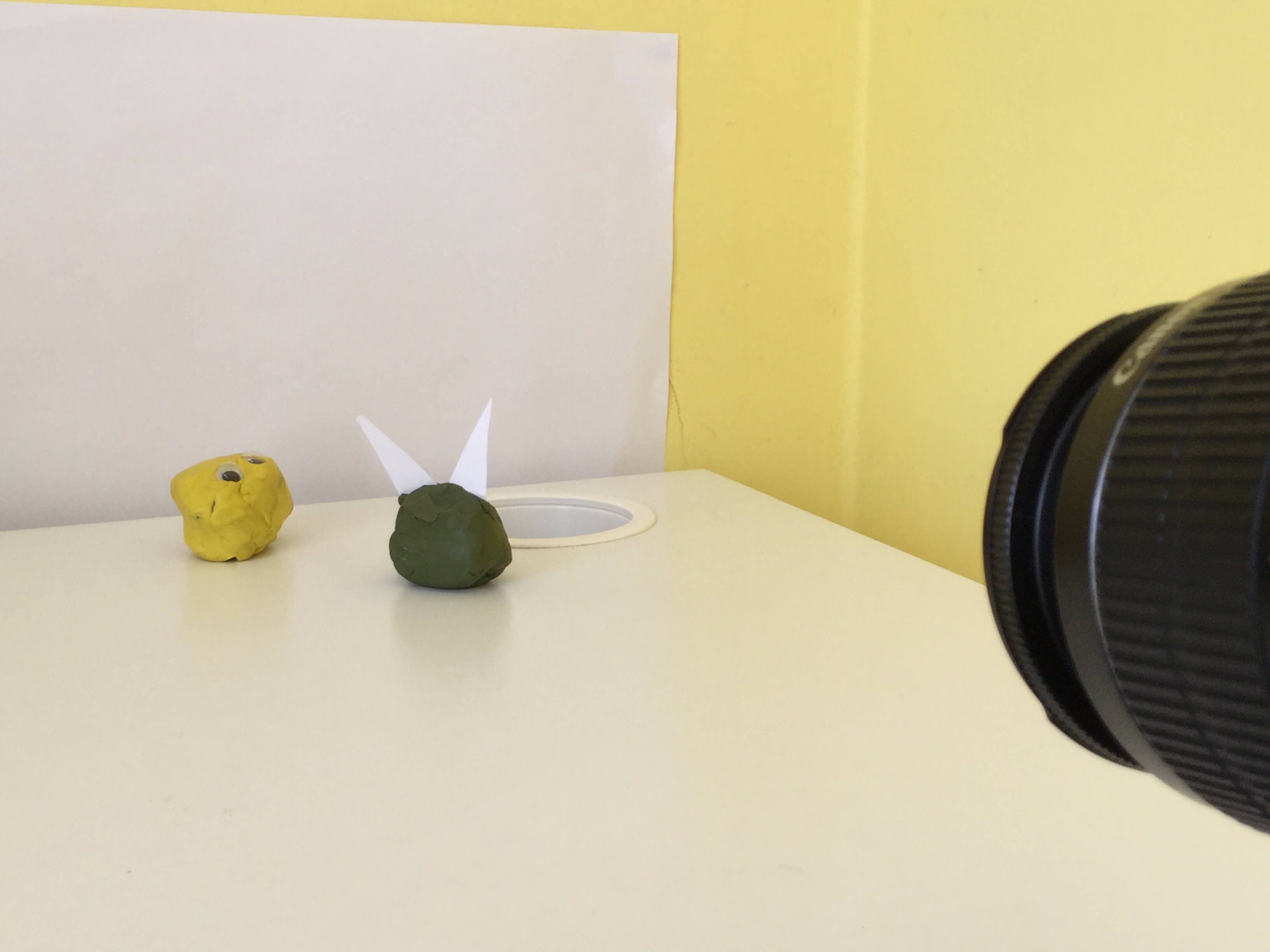 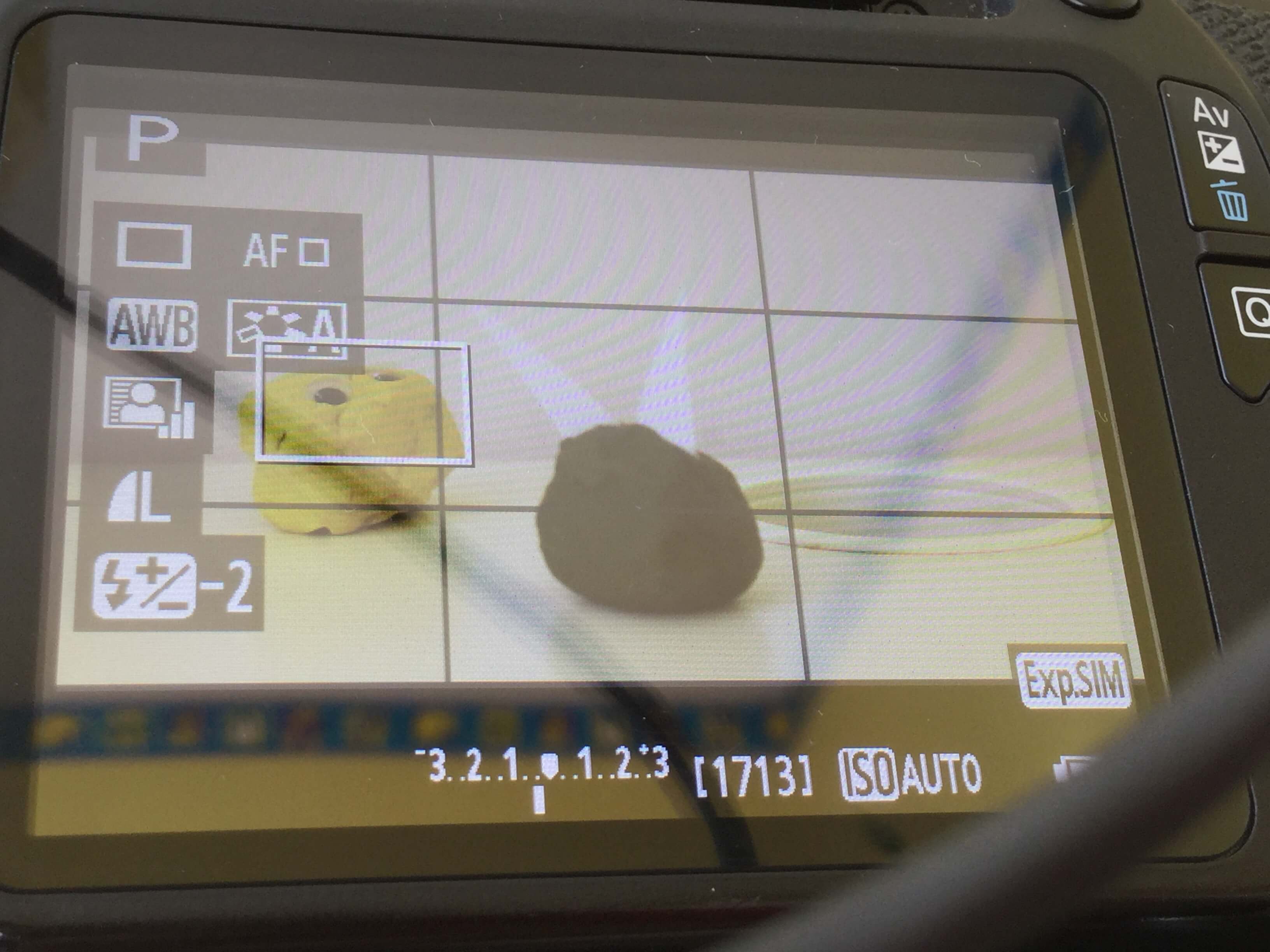 The next scene was literally filmed under my desk using a towel as a floor, since it was the only place I could find that would be dark enough to represent a tunnel or cave. (The device on the top of the camera allowed me to trigger the shutter using a remote without touching the camera so it's position wouldn't change.) 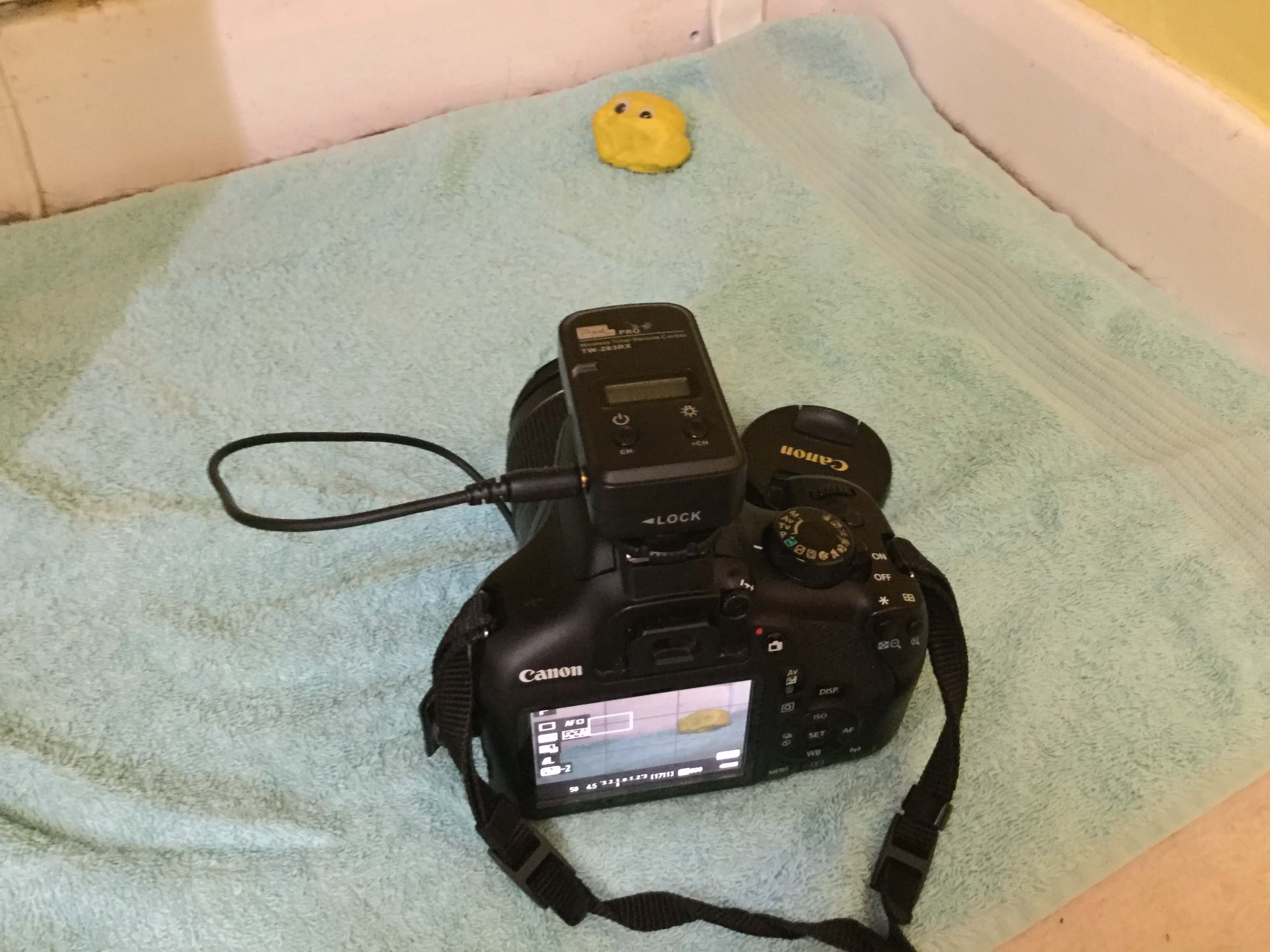 The Alice in Wonderland trailer is the first Mr Red Blob video to ever be (partially) filmed outside. I have always tried not to film scenes outside because the light can change quite quickly and it tends to flash when we switch to the next frame. Because we mostly filmed in the shade under large trees, I didn't have this problem.

Because I didn't want the characters to get muddy on the grass (and because the camera wouldn't do that well laying on the grass), I decided to use white tables instead. 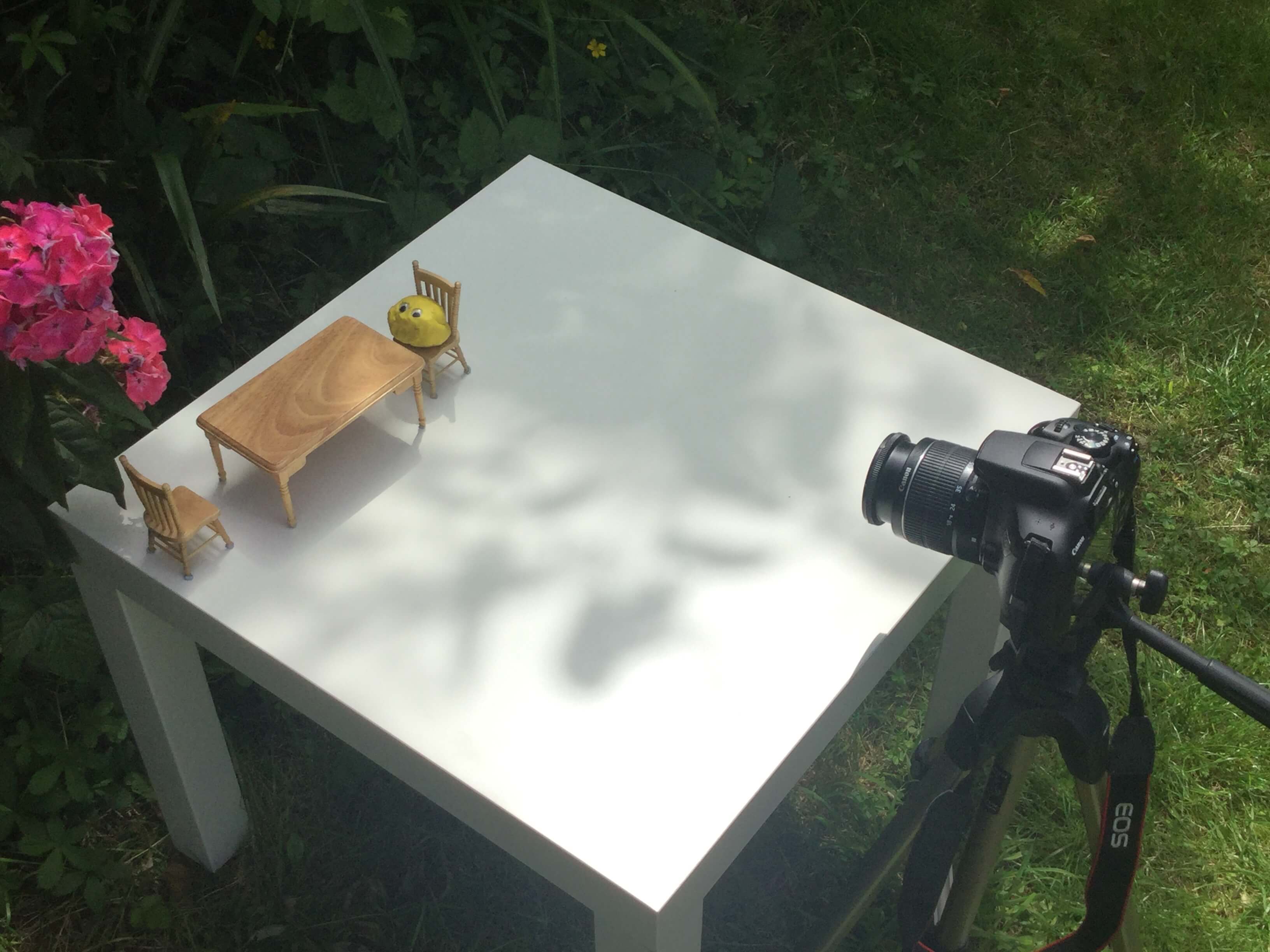 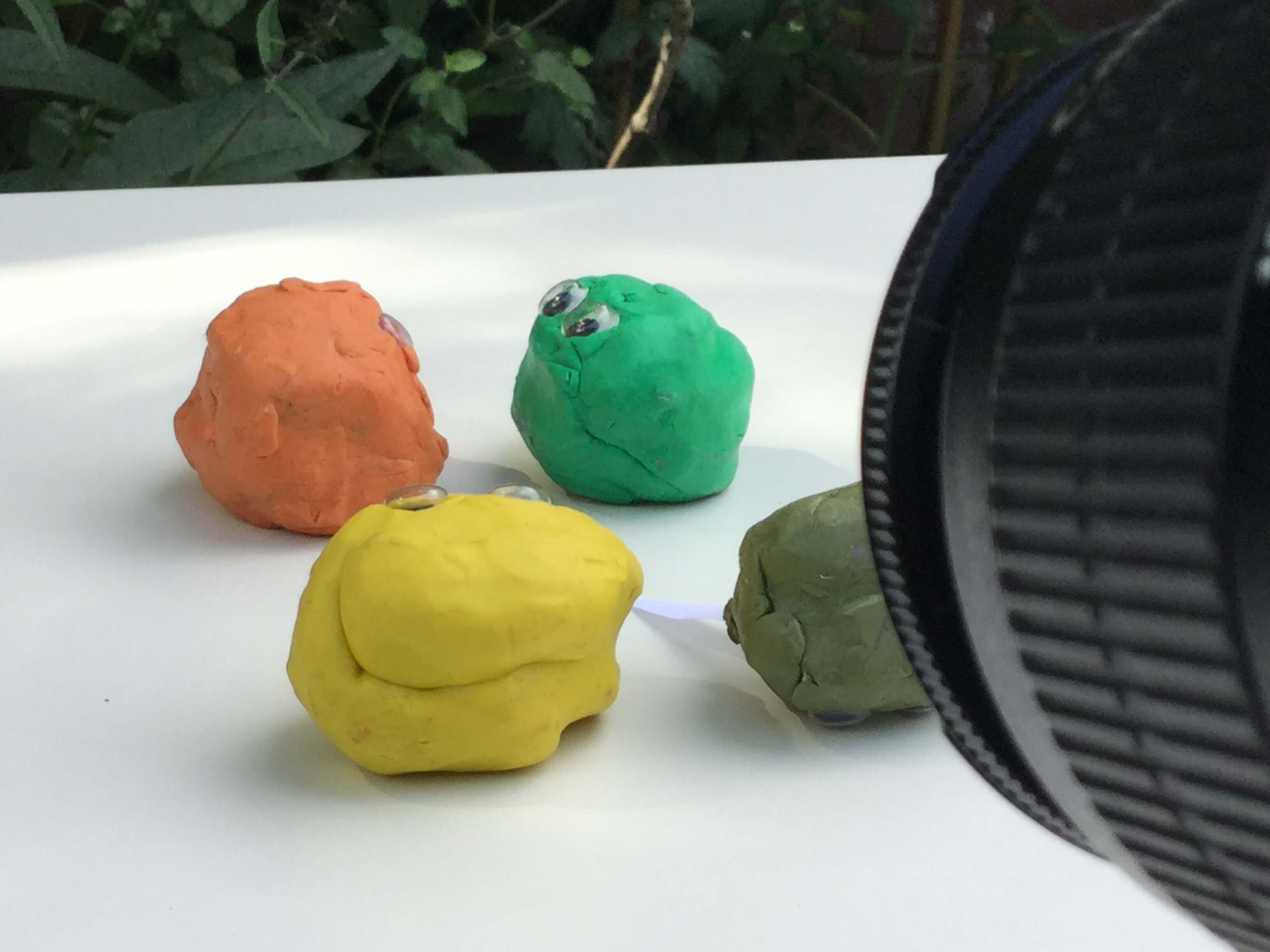 The first and second scenes of this video were filmed inside a doll's house. The same house features in some Mr Red Blob videos (such as the Christmas Special in 2020 and Treat or Trick? 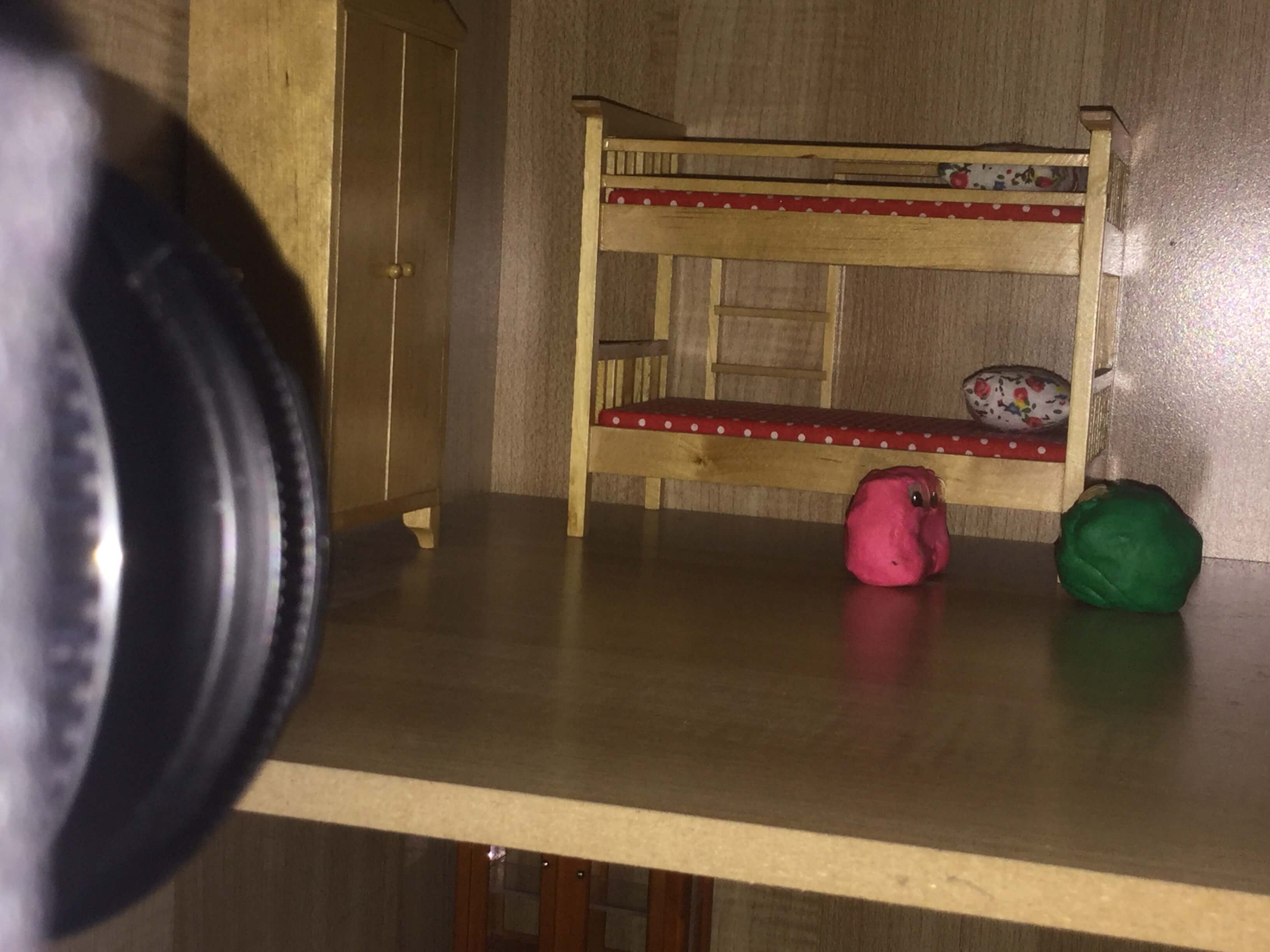 For the outside of the school, we used a shoe box where pupils would be going through a door, which looks a lot like a drawbridge! (I know it wasn't like this in the book, but there we go!) 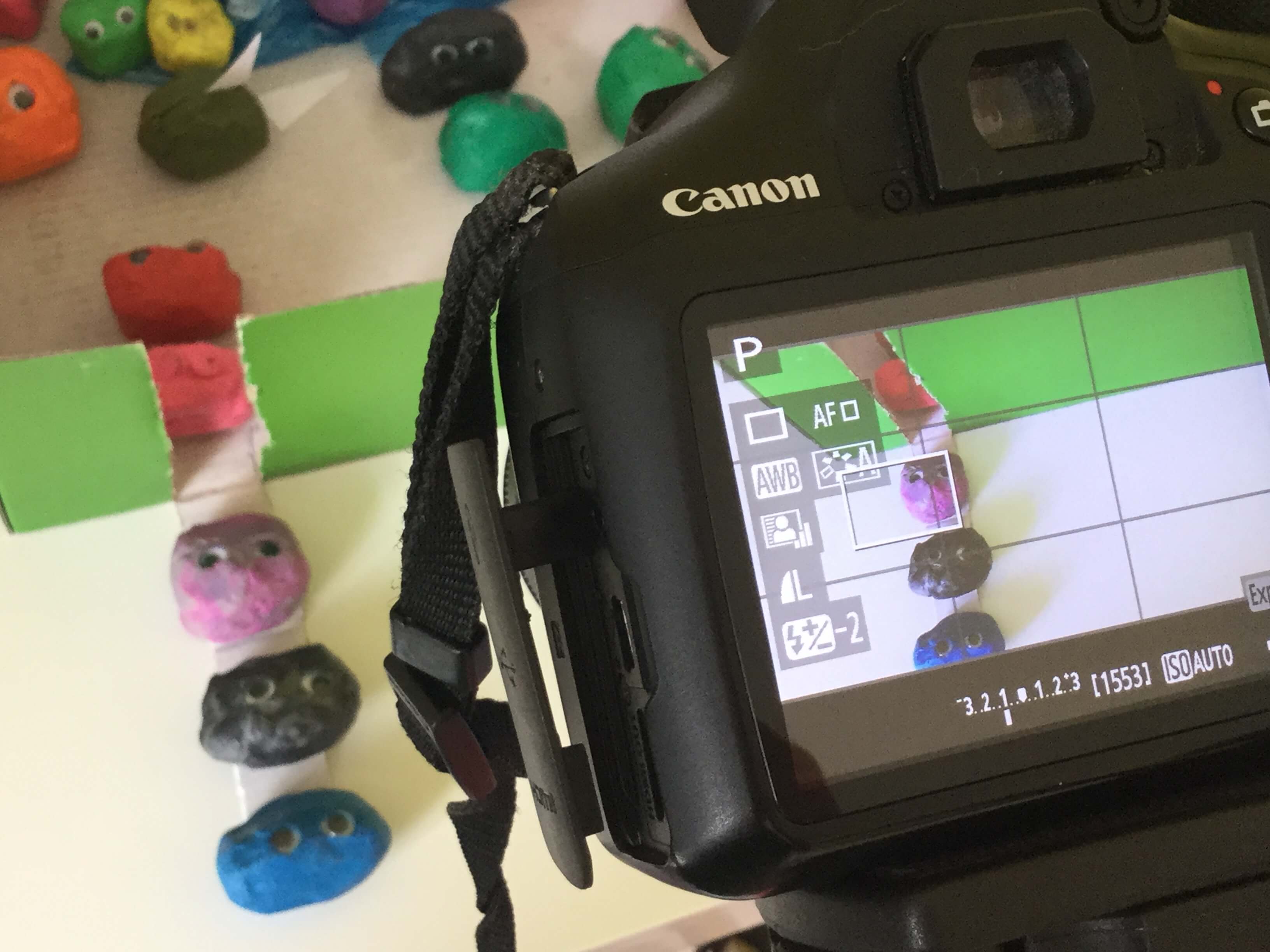 The classroom was on a white table, and the background was a very hard pillow (so it would stay up.) The chairs were originally from the doll's house, and I put the legs of the chairs in Blu-Tack so the characters would move, but the chairs wouldn't. As you can see, I carefully framed the shot so the Blu-Tack was out of frame. 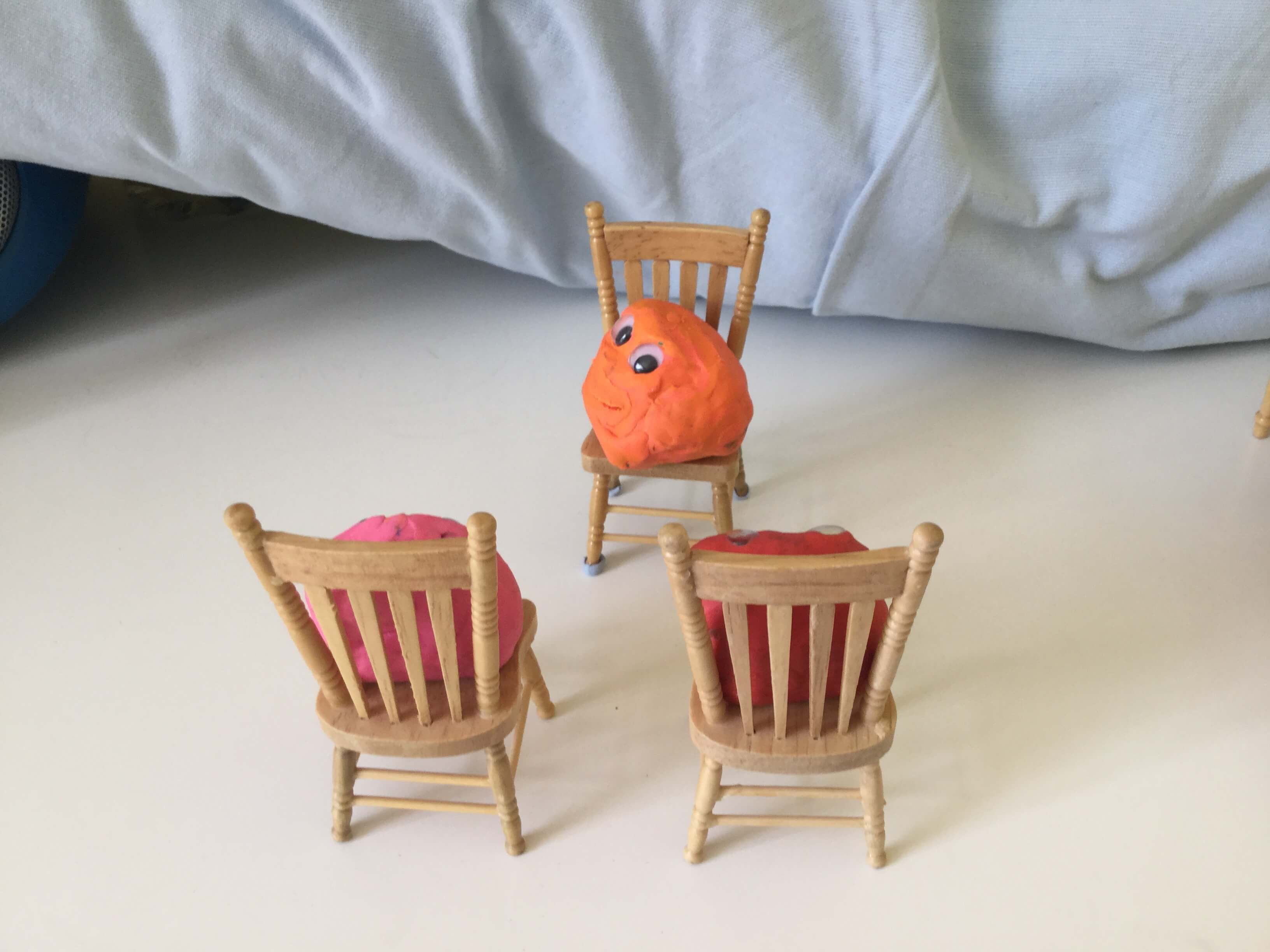 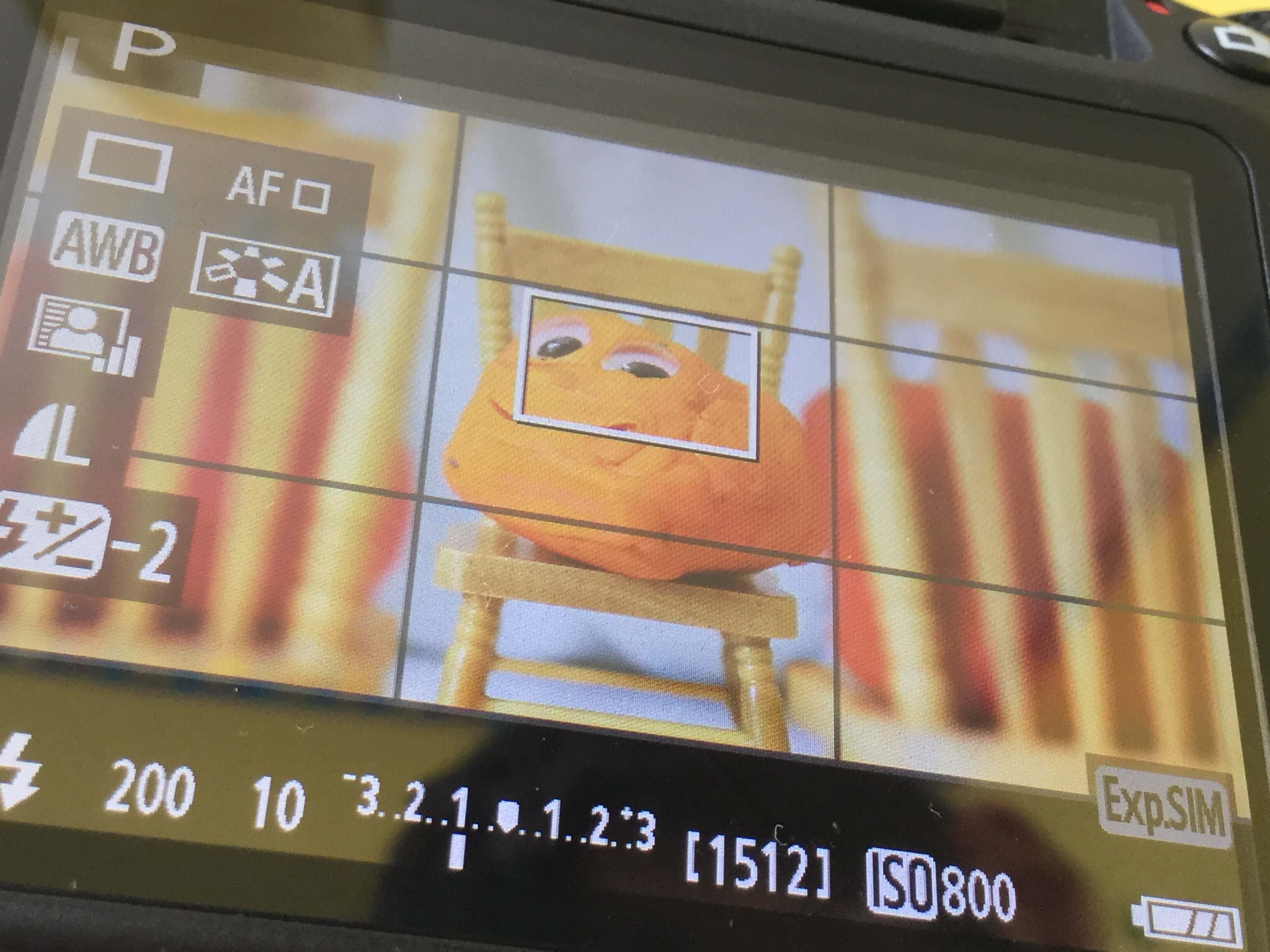 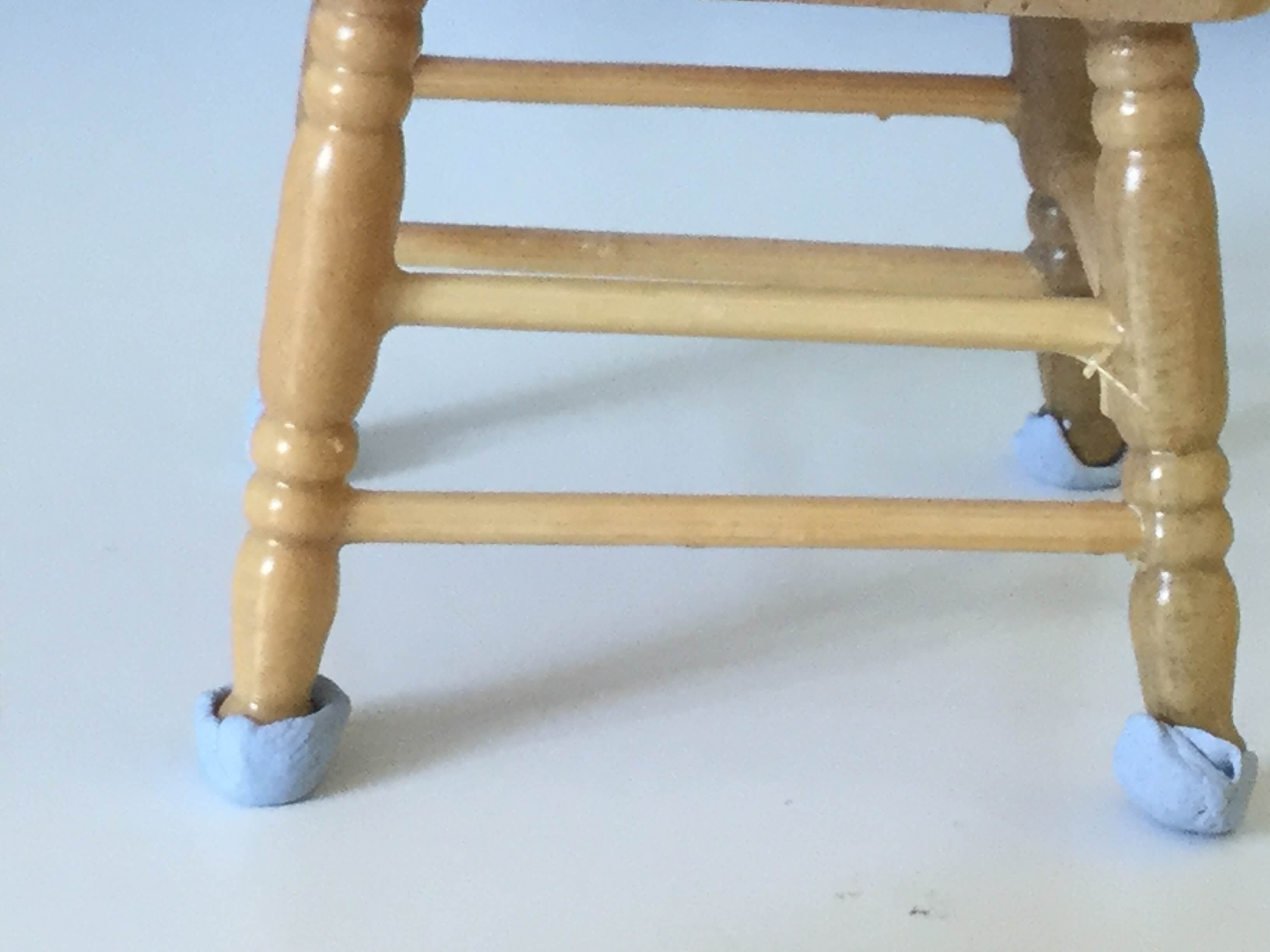